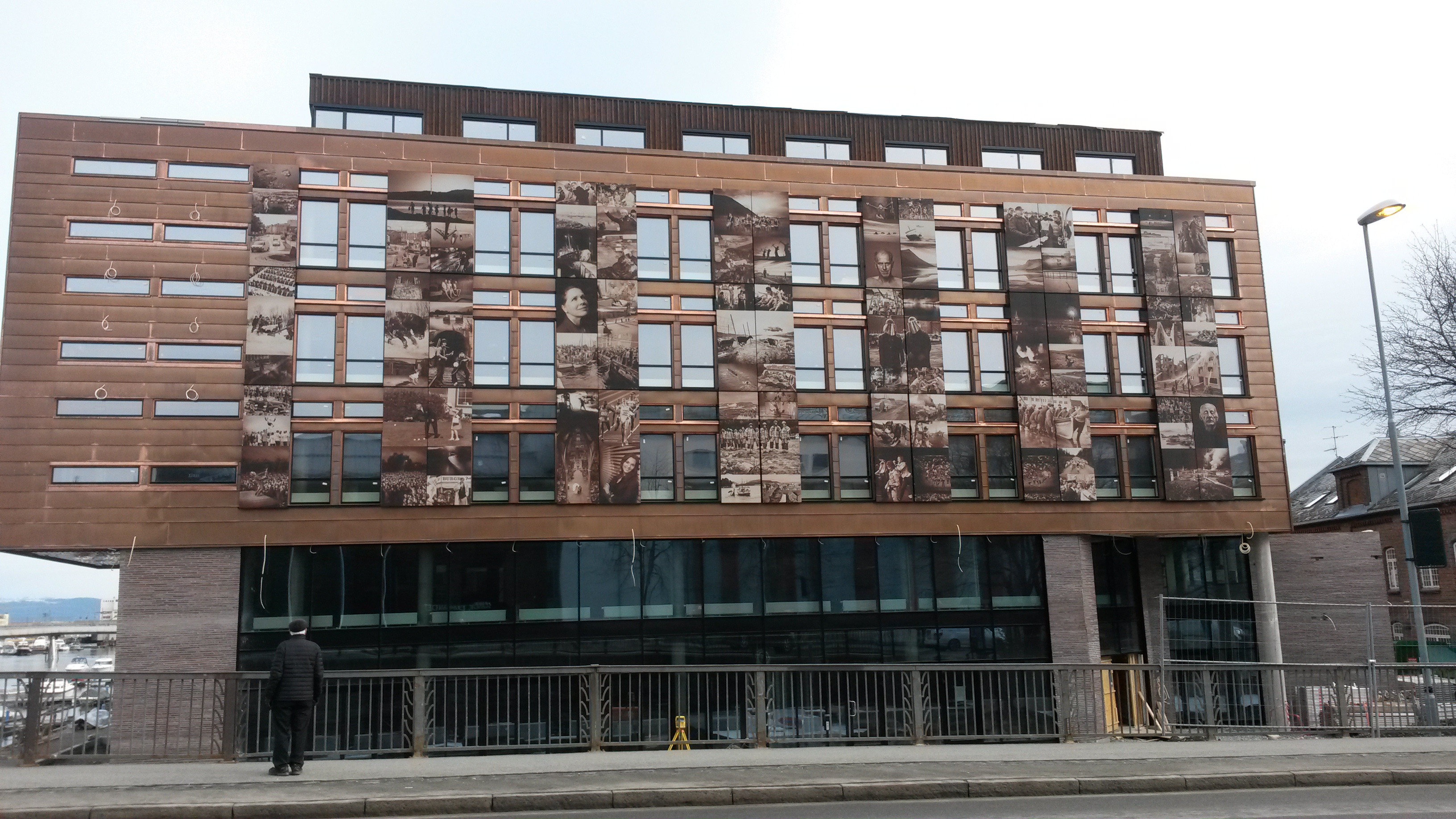 Adresseavisen, the oldest Norwegian newspaper (first published in 1767), relocates to a brand new building decorated with 89 pictures from Addresseavisen's archive. This extraordinary sight turns a lot of people's heads on the Bakke bridge, which gives you a perfect view of the new building.

The facade shows pictures of different events throughout the years. Like the visit of the British Queen Elizabeth to the Norwegian prime minister Per Borten. And the concert of the Sex Pistols at the Trondheim Student Society in the late seventies. The oldest picture dates back to 1956, and the stories of these pictures will be published on the newspaper's website as soon as they move in, which will be in the summer of 2015.

The pictures are actually screens that slide in front of the windows when there is a lot of sun coming in. This way the facade creates a new image because the shared designs in the pictures are joined together when covering the windows.

For more information go to http://www.adressa.no/kultur/article10854731.ece